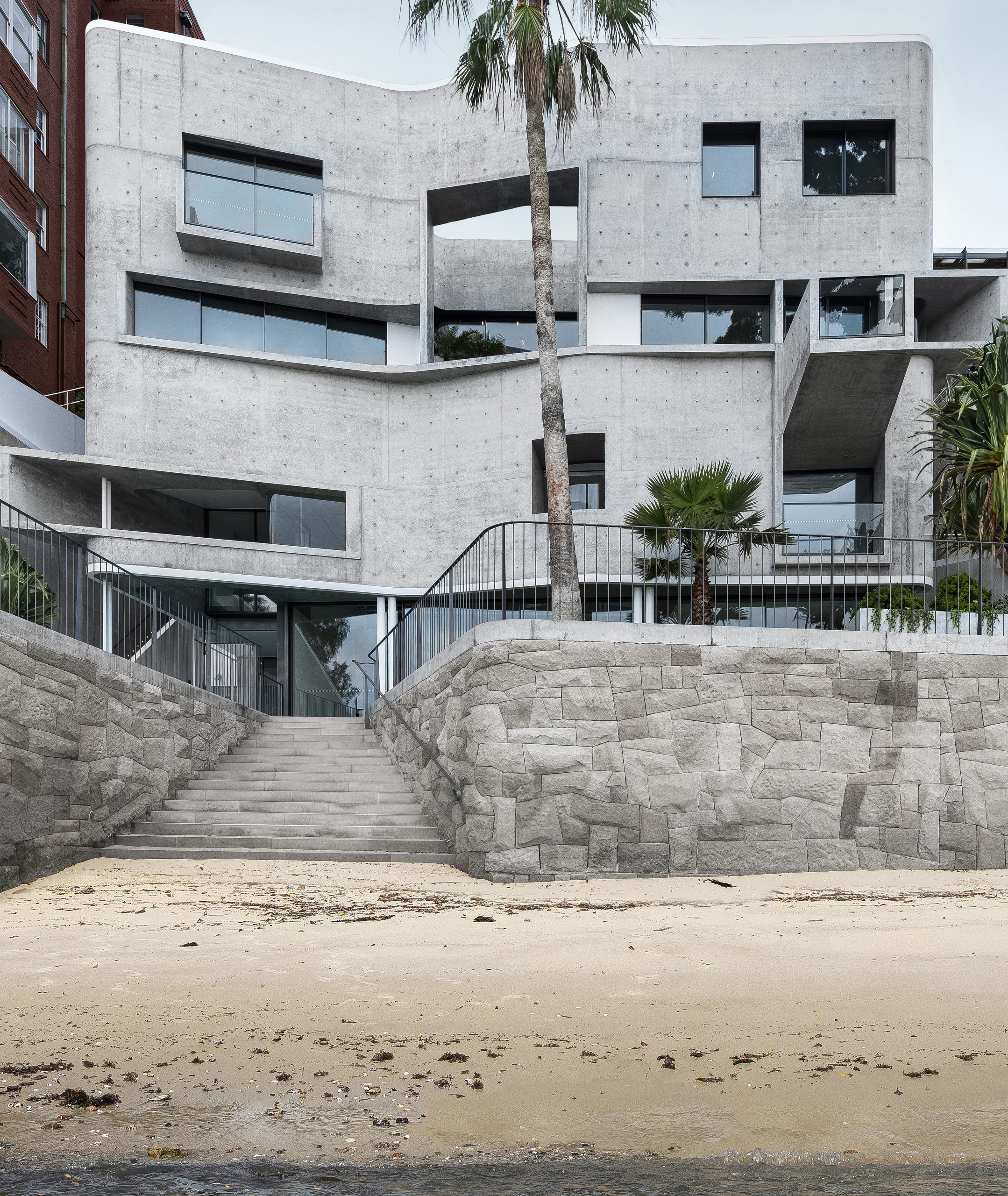 Sitting together during lunch one day, discussing a new chapel proposal by Swiss architects Herzog & de Meuron, Neil (one of the three directors at Durbach Block Jaggers) began to make correlations between the new building and an unbuilt underground project Le Corbusier had designed in 1948.1 Upon discovering my ignorance of the project, he started scribbling on a piece of scrap paper to describe the section Le Corbusier had drawn – while lightly berating me for not knowing of its existence. Ten minutes later he had found the project in one of his books and brought it over to show me – it has now become part of my own memorised reference list.

I spent close to two years at the office of Durbach Block Jaggers during the tail end of their House Taurus project, when it was reaching practical completion. If it wasn’t for life’s unpredictability, I would definitely still be working there. The practice is a wonderful and wild circus of ideas, models, cake and wacky jazz music, cultivated by a small and close-knit group of like-minded confidants.

Whenever a new project from Durbach Block Jaggers is revealed, the building always provokes inquisition and a healthy scrutiny of the kind garnered via weekend drive-bys, peering over fences and shared through conversation over coffee. The kind that can’t be captured by the social media algorithms that shape the digital space where architectural propositions are now regularly sought and found.

The practice has an inexplicable ability to invent new ideas that are informed by the directors’ experiences and knowledge of architecture. This methodology has formed over years of consistently interrogating and critiquing places and spaces. The three directors – Camilla, David and Neil – have developed a mode of practice that has trickled down to the rest of the team, creating a coherent bank of spatial intelligence and grit that results in what are arguably some of this region’s most uncanny buildings. Each director has established their own personal position on architecture, which they test and share with the office on a daily basis – much of it via the storytelling and debate that happens around the lunch table.

If each Durbach Block Jaggers project alludes to something that has come before it, House Taurus could nod back to Casa Malaparte, a 1937 Italian villa designed by Adalberto Libera. Sited on a Mediterranean outcrop, the walls of Casa Malaparte for the most part occlude the views that surround it, and the plan reaches its precipice in a study space that almost completely turns its back on the horizon. Studying the sequence at House Taurus in reference to Casa Malaparte, Libera’s iconic rooftop stair becomes inverted, electric and internal, and the reveal of the view (which in its complete extent would feature all the spectacles of Sydney Harbour) begins at the middle of the building, by the study. The programmatic relationship between the two buildings is likely happenstance though, as the activities assigned to each room in House Taurus shifted and were repositioned during construction, proving the robustness of the courtyard plan.

House Taurus is surprisingly small and introverted in its immediate context, a new tooth on a shoreline whose smile is comprised of maxed out floor plates, sparkling oversized openings and glass balustrades with mediocre spigot fixings – holding the sameness like bad orthodontics. House Taurus’ contrasting approach was definitely intentional. In the work of Durbach Block Jaggers there is a constant suspicion of and resistance against the default solution. At the time they designed House Taurus, the team were interested in developing an architecture for the site that had a soft, eroded quality – something that was impossibly fluid and improbably buoyant. House Taurus is an exemplar of how to build in concrete – precise and sharp in form and sequencing and with a perfectly imperfect finish.

In both observing and experiencing the praxis that forms the foundation of Durbach Block Jaggers’ projects, I’m drawn to reflect on the work of Swiss architect Valerio Olgiati. In his ideations on ‘non-referential architecture’, Olgiati argues that for architecture to exist in contemporaneity, architects mustn’t aspire for representation in the buildings they make. He laments that “buildings are too often conceived as an expression of economic, ecological and political concepts,” leading to constructions that fail to exist in their entirety.2

Olgiati’s architectural ideology can be inferred through House Taurus. With its robust, flexible planning and fluidity around the future use of each space, the architecture is simply a series of rooms that form a building – in turns potentially a commercial building, permanent residence, transient accommodation or architectural folly. Regardless of the economic uses or cultural readings that may be imposed upon it, it is simply a pure execution, an architecture of slender piloti delicately holding the heaving geometries of concrete above.

Forming a provocation relevant to the outcome of House Taurus, and Durbach Bock Jaggers’ portfolio more broadly, Olgiati’s singular statements raise questions about the parameters that need to exist for architects to make architecture. Surprisingly, the project was the result of an invited competition, which is unusual for a residential building. It’s noteworthy that the majority of works completed by Durbach Block Jaggers are the built outcome of winning competition entries. In their purest form, it could be argued that architecture competitions have served as an avenue for Durbach Block Jaggers to operate in the context of Olgiati’s utopian non-referential world, where in the pursuit of an architectural idea or solution there’s nothing to be lost until you’ve won. At this point then, the measure of an architect’s dexterity can only be read in the final execution of a building. 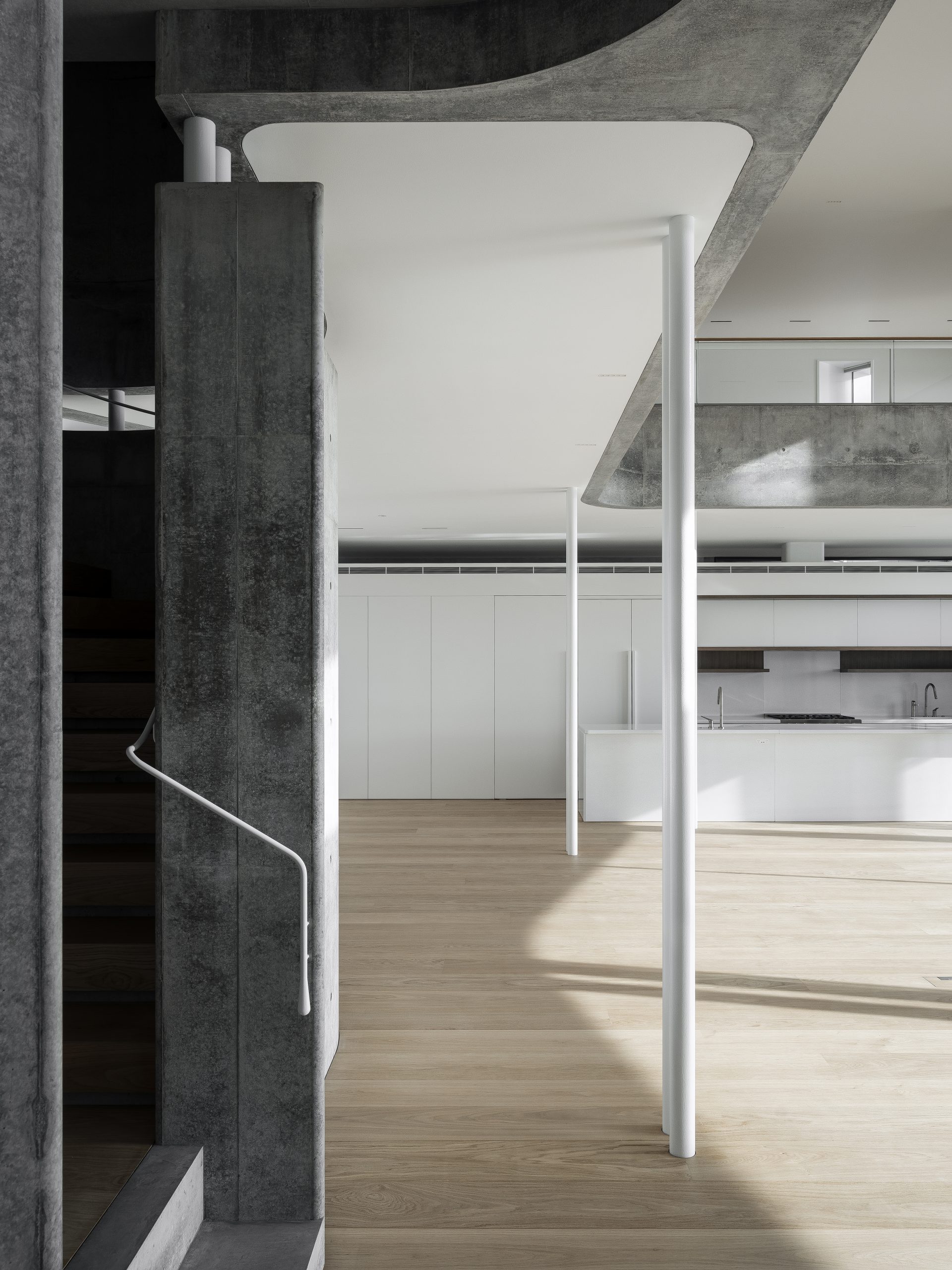 “Regardless of the economic uses or cultural readings that may be imposed upon it, it is simply a pure execution, an architecture of slender piloti delicately holding the heaving geometries of concrete above.” 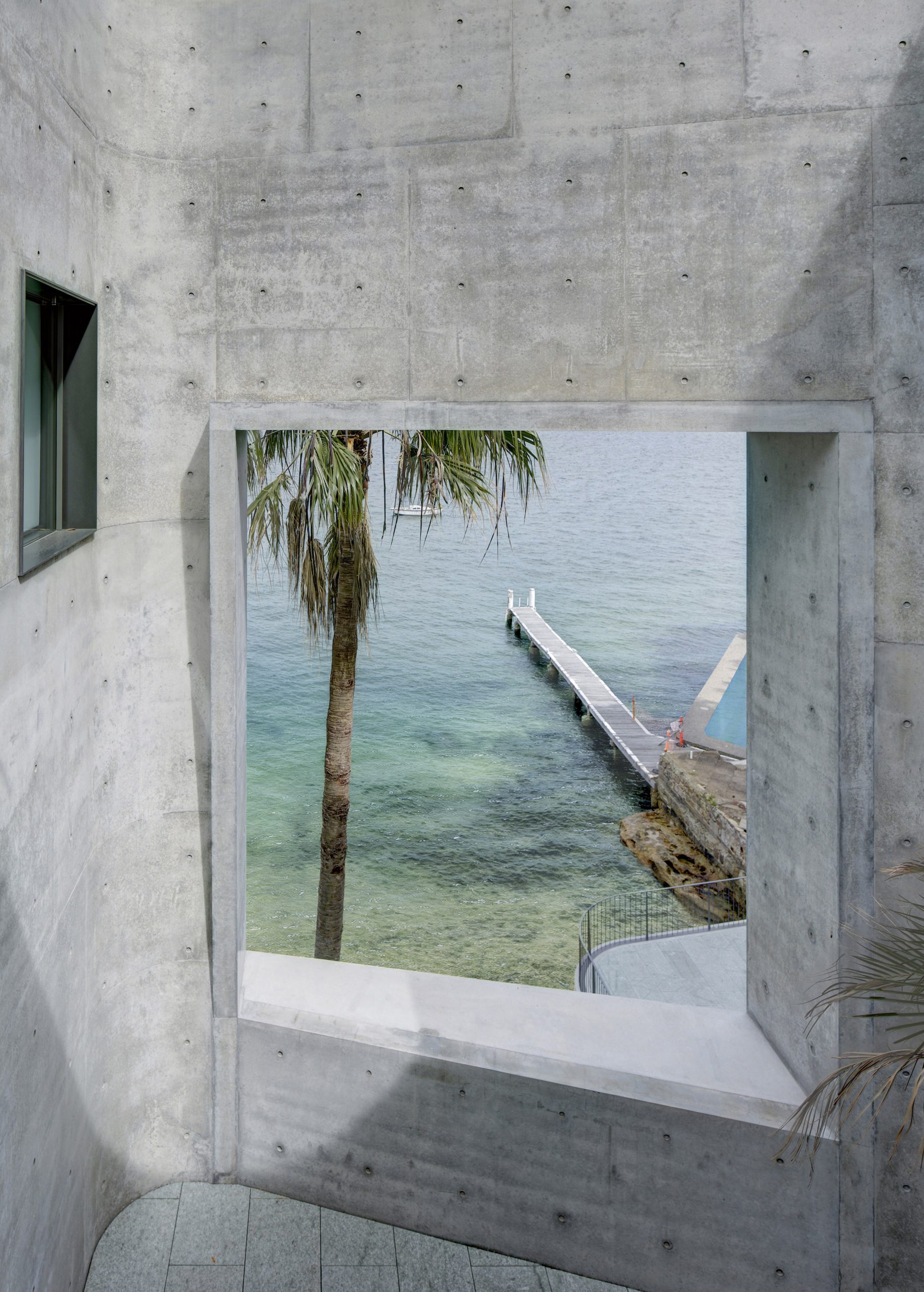