Heather B. Swann: The Heart of the Myth

Photography
Courtesy the artist and STATION 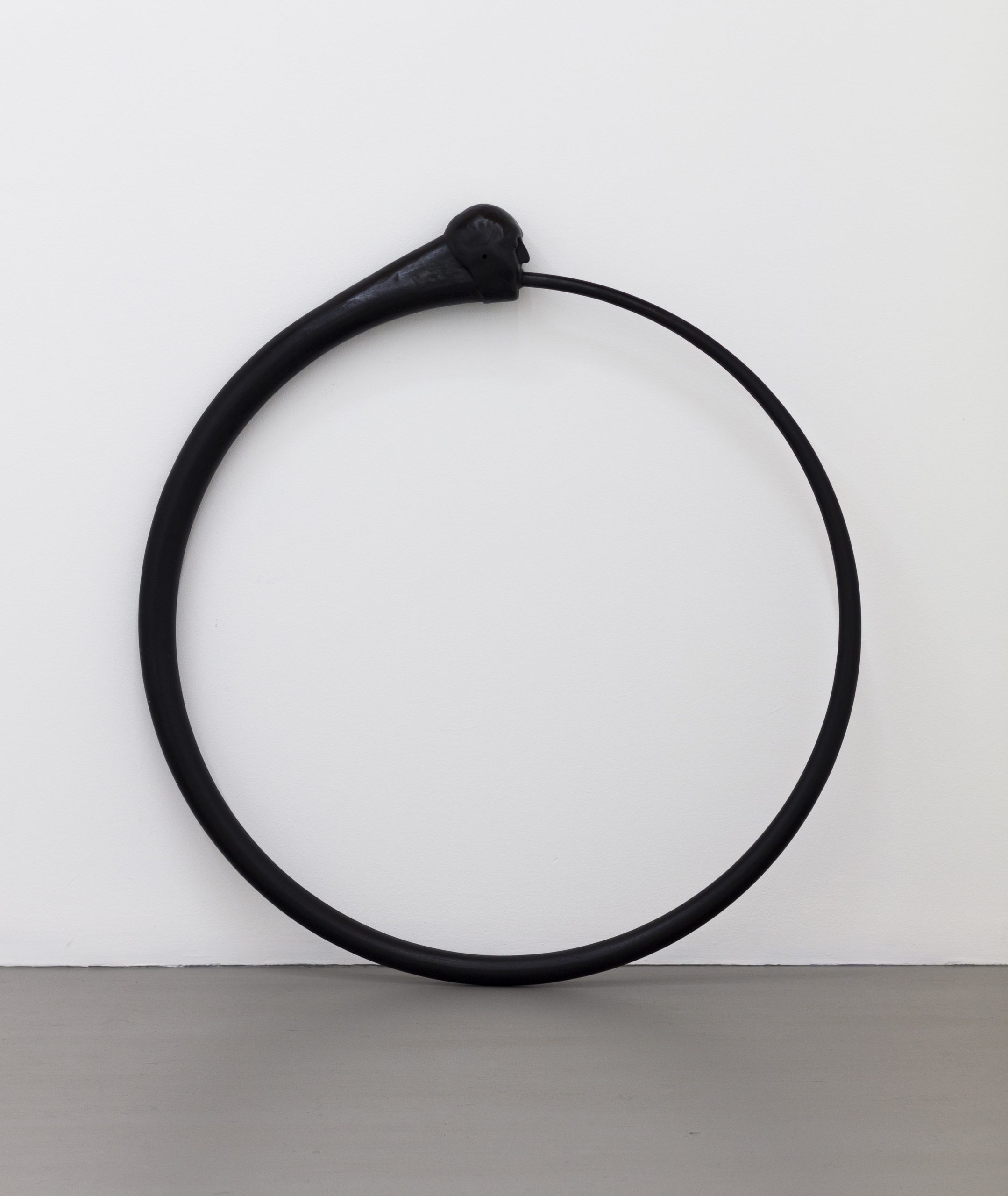 Heather B. Swann’s work is testament to the importance of artistic experimentation, and to her own insatiable appetite for inquiry and problem solving. Nature, history, philosophy and literature are the conduits that feed much of Swann’s art in a practice that probes the physical and mental extremes of the human condition. Working with drawing, painting, sculpture, installation and performance, her intuitive and often lengthy progress towards a fully-developed body of work involves a robust conversation between various media and techniques. While a completed exhibition of her work may appear meticulously, even obsessively, finished and installed, the journey taken to arrive there is messy and physical. It is a process of tension and refinement; it involves a commitment to taking risks that may result in radical failure.

In the two decades that I have known the artist, I have sought to understand how she develops a subject through the act of drawing. Drawing is the heartbeat of Swann’s work, a stand-alone element of her practice that is rich and multifaceted. It is also the process through which she solves problems and makes sense of the ideas (texts, histories, materials, mythologies, life experiences) and shapes (figurative, landscape, abstracted) that inform her sculptures.

Swann’s notebooks, which fit neatly into a basket at her studio, are filled with drawings, texts and images made in response to observations in the street or ancient objects studied in museums around the world. These responses may later become the genesis of major works, a thought or a shape growing into something more complex, a process that can span years. The artist’s studio is also home to hundreds of larger, finished drawings made in the process of working towards three dimensions. These works are not sketches for things to be ‘scaled up’; rather, they form a conceptual and visual taxonomy of what may be imagined.

Swann’s use of drawing to refine concepts is demonstrated in the preparatory works for Herd (2001), an installation of five individual sculptures in the collection of the National Gallery of Australia and currently on display as part of the exhibition Know My Name: Australian Women Artists 1900 to Now. In the drawings, Swann positions a series of black inky shapes in various proximities to each other – alone, overlapping, butting up – a consideration of how the sculptures may eventually be experienced as an installation. The drawings are experiments with form, suggesting a horse’s back or a hilly landscape, yet the impossibly long and thin legs of the actual objects resemble the posts of a 19th century bed. Imagined upside-down, the sculptures could suggest a creature in slumber. Herd’s conjunction of voluptuous, fleshy bodies and delicate, spindly limbs is like something from a dream, a dream of impossible desire, of wanting and being afraid. The translation of these ideas from feeling to concept to drawing and then into sculpture is hugely labour-intensive and requires substantial refinement, yet the essence of what the artist is working towards can be found within the drawings.

While Swann has undertaken numerous site-specific commissions over the last three decades, more recent exhibition projects have been particularly informed by the architectural and formal qualities of the spaces where the work will be shown. Her most recent body of work Leda and the Swan, commissioned by TarraWarra Museum of Art, is a fascinating unfurling (or culmination) of this process. Made over a three-year period while the artist was living in Canberra and Hobart, and informed by intensive research residencies undertaken in Rome and Athens, Swann has approached the gallery itself as a receptacle in which the proportions and placements of works steer the visitor through the experience. For Swann, the installation of these works must be so complete that there is little room for the visitor to think about process. Rather, they go straight to the subject of this ancient myth, adjusting their own mental scaffolding to navigate the scene.

Leda and the Swan comes to us from Greek mythology, telling the story of how Zeus, in the form of a swan, seduces or perhaps rapes Leda, impregnating her. Acknowledging the many dimensions of any narrative – and embracing the artistic heritage, imaginative potential and political urgency of the story – Swann offers us three accounts of Leda and the Swan, fresh interpretations that extend the mythopoeic exercise into the 21st century.

For the installation at TarraWarra, Swann has made three individual Leda sculptures, each of which is partnered with an Antipodean black swan. Every element of these objects has been intricately sculpted and beautifully hand-finished using marble dust, pigment and glue, and then varnished. The Ledas are naked beauties, cool and inaccessible yet strong and knowing. Their placement in the gallery conveys a sense of transgenerational wisdom shared between women, each undergoing their own encounter with the swan, navigating their own experience of the story.

The landscape that the figures occupy has three key elements: a rock, a waterfall and a plant. Prickly Pear (2021) is a monumental drawing that secretes tension and agitation in a way the poised sculptures cannot. At over 4.5 metres tall, this intensely physical work is made up of layer upon layer of thousands of rhythmic lines (pricks). It is as if the plant has thrived on the age and complexity of the myth, the intense and luscious greens pulsating with a staccato rhythm. The prickly pear itself is a drought-resistant succulent known to invade pastures with remarkable speed, displacing indigenous flora. The presence of the work within the installation suggests a moment of overwhelming physicality in the story. Given Swann’s practice, it feels apt that the most direct and impulsive response within the exhibition is conveyed by drawing.

The three swans accompanying the Leda figures lurk and loom, each focused solely on seducing its own Leda. Their close proximity and taut curves exude a sensation of abstract force, which resonates through the gallery. The largest of the swans is hollow, terminating in an egg-shaped arch. Perhaps referencing a chariot, a boat or a coffin, it is large enough for a human to climb inside. Resting in the base of the hollow is Nemesis (2021), described by Swann as “just a lump of watching.” In Nemesis, a sea of black silk is occupied by more than a hundred 19th-century glass eyes, each hand-stitched into its slitted lids.

Over 20 years ago, Swann made a drawing of a man lying beneath a blanket of eyes, a blanket of protection for a schizophrenic night. She carried this imagery with her for years – we see it in her drawings of the late 2000s and again, from 2014, in drawings like The Bed and the Blanket (2014) as well as in a substantial series of banksia man drawings that were developed between 2014 and 2016. During this time Swann also developed two major (and at various stages intersecting) sculptural and performance installations: The Night (2016), an installation of the nine Banksia Men sculptures (now in the collection of the Art Gallery of South Australia), and Nervous (2014-16), a major multidisciplinary project involving numerous collaborators.

It is not surprising then to have the intense gaze of eyes (glass or other) feature so prominently in Leda and the Swan. The tallest Leda’s right forearm is embedded with glass eyes, suggesting a protective shield that can never be removed, just as girls are inculcated from childhood with the injunction never to walk home alone at night. Exhausted by defensiveness, the Janus figure of Leda retreats into the landscape between the rock and plant, glass eyes in the back of her head confirming that she can never escape her need for caution.

Indeed, threaded through Leda and the Swan is a reckoning with the sexual violence at the heart of the myth. Following her 2019 residency in Athens, Swann made a series of 23 drawings, five of which are included in the exhibition, hung in a space immediately outside the main installation at TarraWarra. Of the five, Your Equal Measure (2019) perhaps most acutely conveys Swann’s grappling with the story’s violent sexual undercurrent, so often suppressed or ignored by artists in favour of the sensuous-erotic. Here, Swann deals directly with the ongoing struggle to stand one’s ground, something reflected in the political and social context of recent years with the #MeToo movement, a new wave in a long continuum of feminist protest and resistance.

Heather B. Swann’s capacity to move between media while maintaining rigor and ambition in her practice continues to grow. As you read this text, she is finalising (through drawing) her concluding notations on the Leda and the Swan installation. At the same time, possibly on the same page, she continues to make new notes, to invent, expand, revise, repeat, amend, obliterate – exploring forms that will evolve through and into forthcoming projects. Swann’s commitment to taking risks is undiminished, her work a complete surrender to the process of making art. There is something exhilaratingly vital and expansive about this journey, inviting us below a surface of perfection to embrace our own messy and physical selves.

**The title of this essay originates from the concept of poised containment found in the Japanese novel Kusamakura by Natsume Sōseki, published in 1906. Kusamakura was most recently republished in English by Meredith McKinney in 2008.

Heather B. Swann will show as part of the Setouchi Triennale, Japan in collaboration with Nonda Katsalidis, 2022 and at the Tasmanian Museum and Art Gallery for Dark Mofo, 2023.

Heather B. Swann is represented by STATION, Melbourne and Sydney. 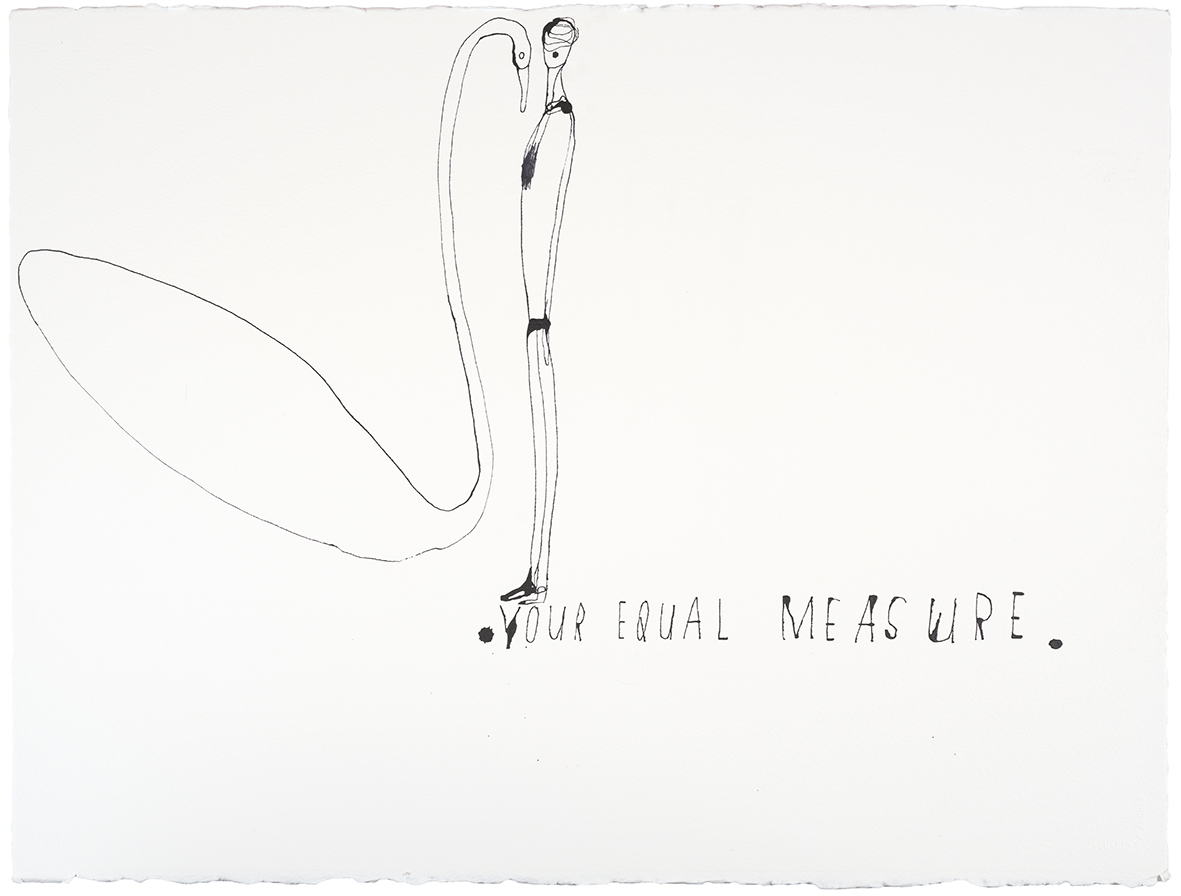 "While Swann has undertaken numerous site-specific commissions over the last three decades, more recent exhibition projects have been particularly informed by the architectural and formal qualities of the spaces where the work will be shown." 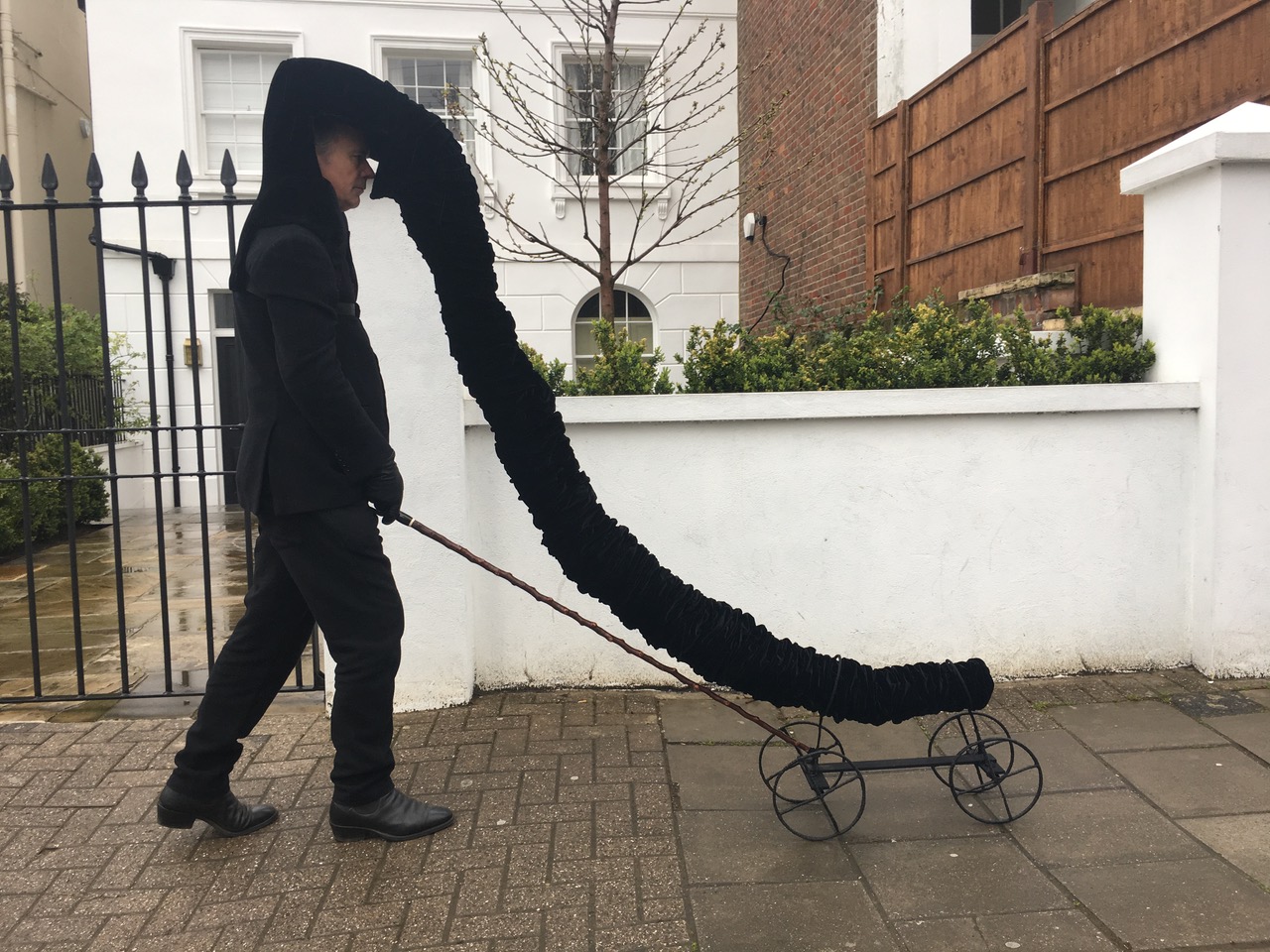 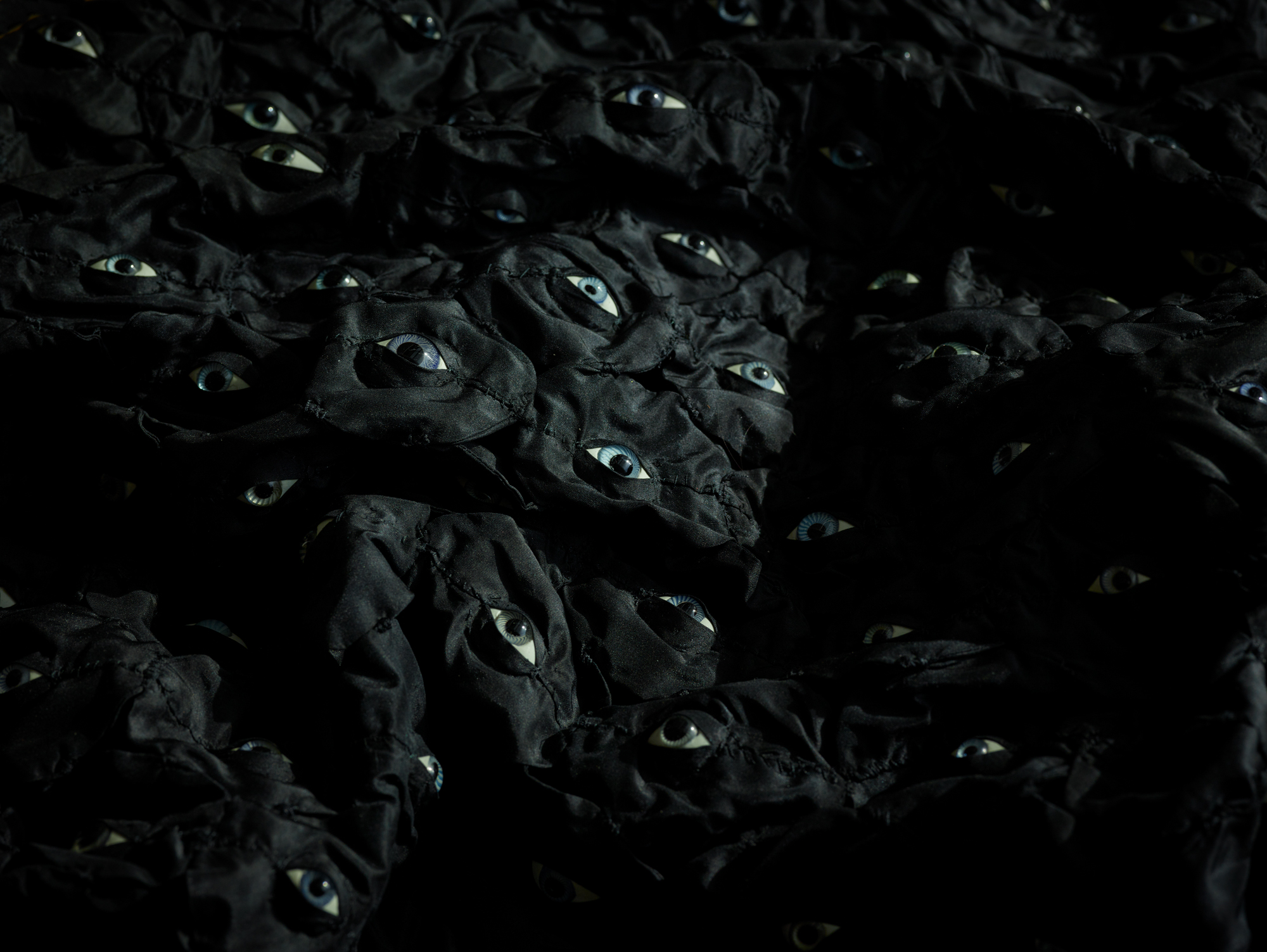 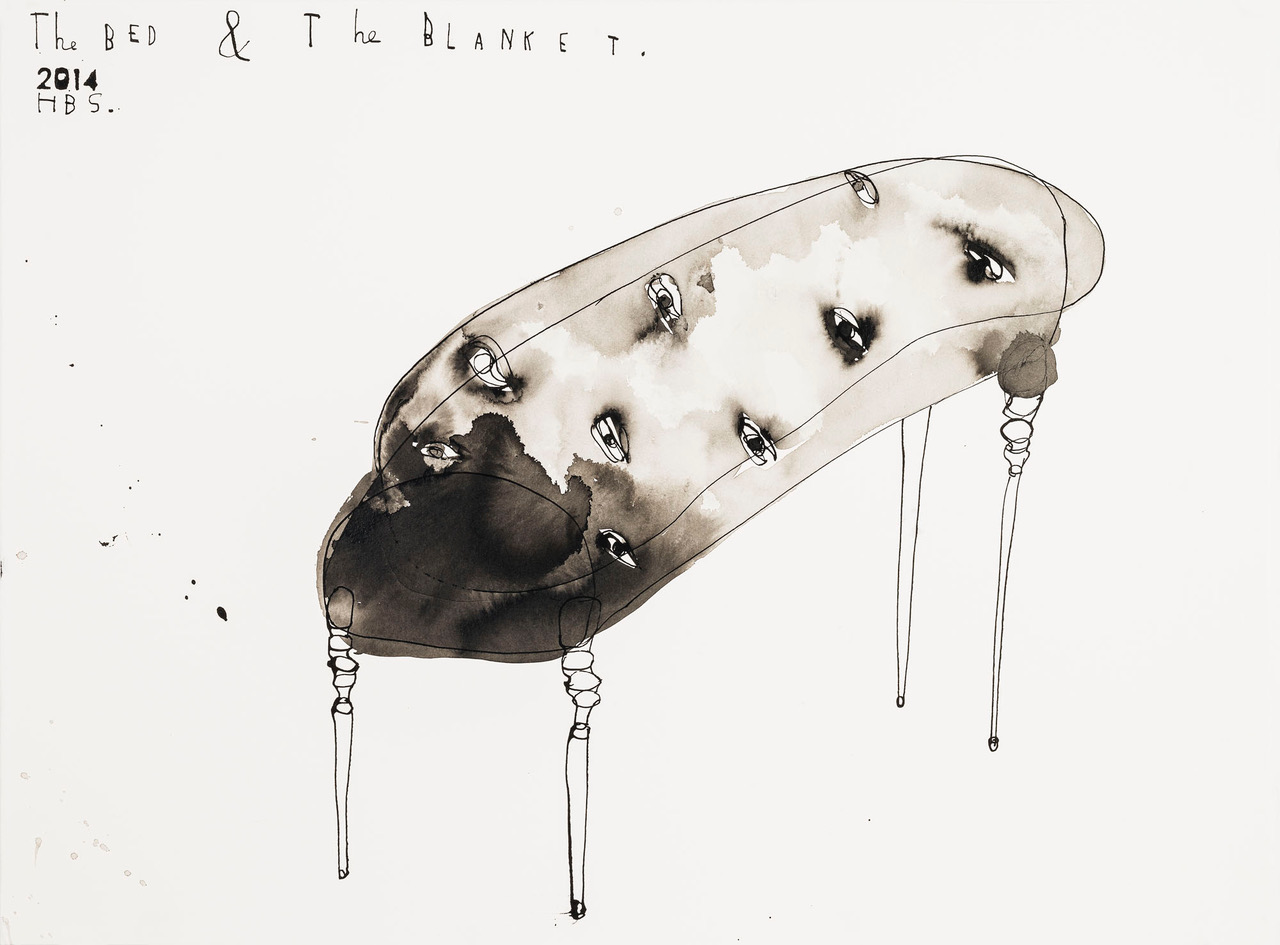 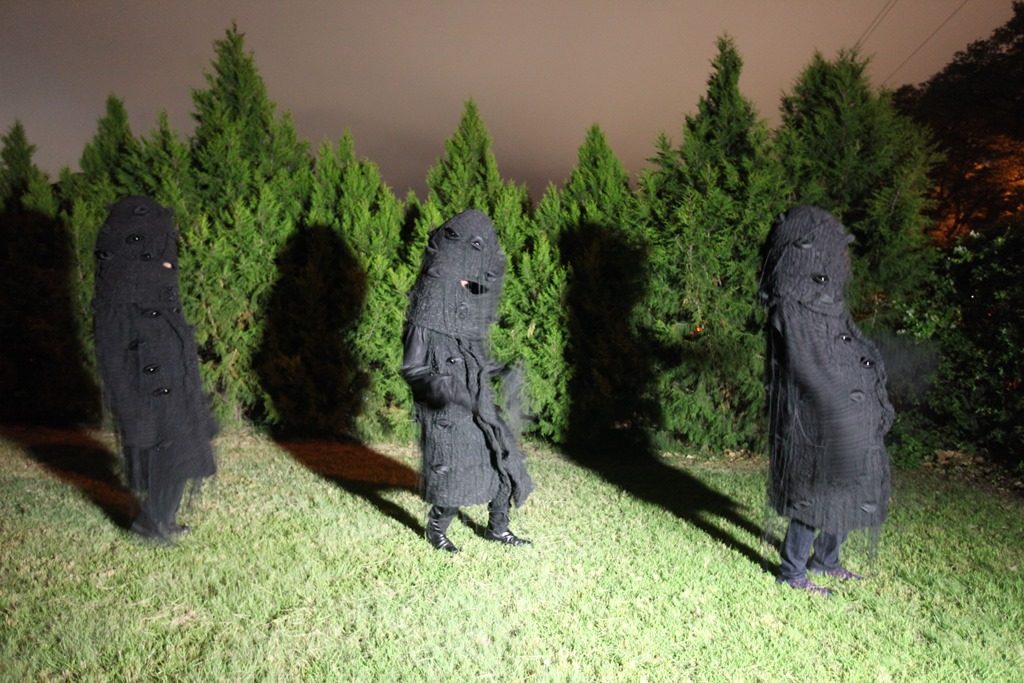