Extending the lineage of Robin Boyd's modernism, Domain Apartment by Barracco + Wright is informed by research into Boyd's theory and practice. Here, Louise Wright and Mauro Baracco share their nuanced understanding of the site, the existing building and their architectural response. 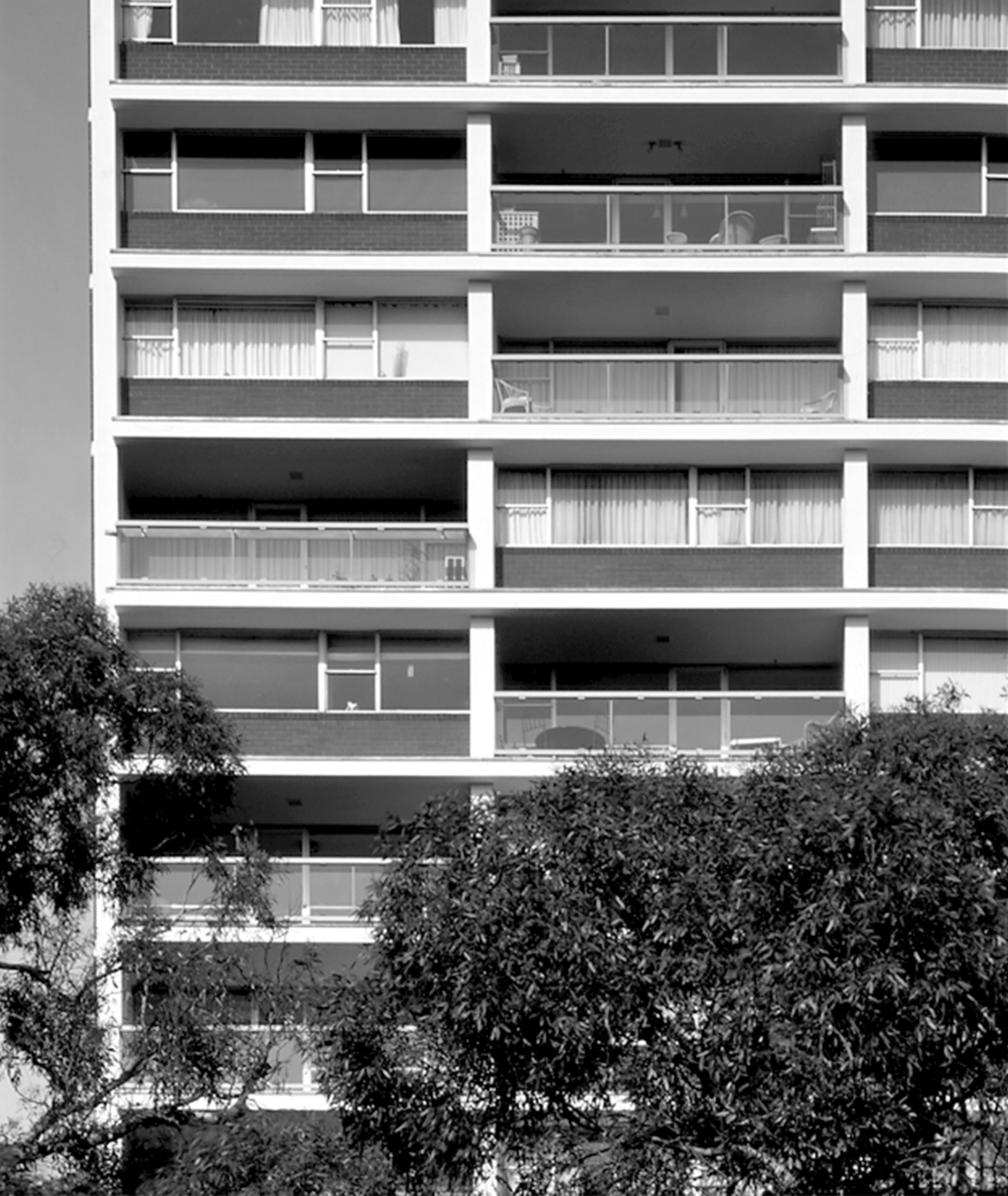 Sited immediately adjacent the south east corner of the Royal Botanic Gardens in Melbourne, the Domain Park residential building embodies architect Robin Boyd’s ideal response to the presence of urban parklands – “a ‘highrise’ block … overlooking public gardens.”[i] This combination has historically been more and less successful, the most famous example perhaps being Park Hill in the UK’s Sheffield, designed by Jack Lynn and Ivor Smith in 1961. Conceived and built at the same time in history as Domain Park Flats,[ii] the comparison ends there. Unlike Park Hill, which is located within a (compromised) park, Boyd’s building is counterweighted by a large public garden in a reciprocal play of anchored and loose, vertical and horizontal, dense and open.

This urban relationship was generally described by English architects Alison and Peter Smithson as the ‘charged void’, an idea with which Boyd expressed affinity. Herein lies the promise of architecture – to create more ‘ground’ than it takes up, so that open space, vegetation, insects, birds, open soil and more are spared.

Domain Park Flats is twenty floors high, the maximum height allowed by the regulations at the time of construction, and is comprised of over sixty flats of four different types: medium-sized two-bedroom, big two-bedroom, three-bedroom and two penthouses. Flexibility in the configuration of the various flat types is accommodated within the building’s repetitive structure of concrete vertical columns and horizontal slabs, which are expressed uninterruptedly over the four elevations. Effectively acting, in the main north façade, as a modular armature that ‘keeps together’ the randomly scattered balconies protruding from each living-room and the numerous window mullions that are freely distributed according to the position of internal partitions, this expressed grid allows ‘variety within unity’ – a notion consistently proposed by Boyd as characteristic of a less dogmatic type of modernism. His preference was for a late post-structuralist modernism, more inclined to certain degrees of experiential ambiguity, released from the orthodoxy of both early 20th century functionalism and subsequent pervasive examples of monumental geometrical-structural formalism.[iii]

This kind of controlled mess positions Boyd on a trajectory we would define as contemporary. The deliberate narrowness of the building plan further amplifies the sense of open exposure, to both the landscape of the park towards the north and Nerm (Port Philip Bay) towards the south. As stated by Boyd: “all main rooms ... fill its width and have an outlook both ways, so giving these rooms a heightened sense of isolation and suspension in space.”[iv]

Although Boyd likely had little control over the interior fit-outs, we found some evidence of how his ideas were supported in the interiors. The deliberate exclusion of head jambs on internal doors creates a continuous ceiling in every flat – enhancing the sense of spatial continuity very often defined by the overhead plane and effectively experienced as compressed space. This distinctive sense of compression somehow ‘squeezes’ the space out, projecting and extending it to the north and south horizons of Melbourne. Indeed, the building is visible from many points across the city as a recognisable reference and contextualised, differently from orthodox modernist buildings, because of its interesting ability to negotiate between the abstraction of the grid and variety of the cantilevered elements – between its own weight and its own thinness, between the verticality of its towers and the horizontal compression of its spaces.

Many of the almost sixty-year-old interiors have been renovated. After a flood in the building from fire tanks on the roof, we designed the renovation for an apartment on the eastern end of the second floor. This apartment is particularly representative of Boyd’s vision, looking directly into a tree canopy and enjoying views in both the north and south directions (not all the apartments are full width, with the central apartments backed by an access way). The renovation of the apartment was entirely internal, maintaining the important window breakup and balcony arrangement. The new internal layout respects the former plan, including the arrangement of rooms and relationships to windows.

Our interpretation in the new plan aimed to heighten the two-way views, which weren’t being experienced from all spaces – or any space at one time because the bathrooms and kitchen split the plan in half in discrete rooms. By combining the kitchen and living room, the apartment’s residents can now look both ways from the same space. We used glazed partitions to contain the bathrooms and so register the light from the southern view deep into the plan. The dark green rubber floor colour was selected to strengthen the visual connection to the parkland.

The rooms relate to the original window layout, and the ceiling has been freed of various bulkheads to reinstate the strong overhead plane. The plan distribution is the same, now distinguished by a central joinery unit, rather than walls, which helps to unite the space. The kitchen sits slightly back from the line of the service spaces on the southern wall, with a deep bench and a deep windowsill for plants. The island bench is reimagined as a large high table that services the kitchen and, being a generous 1.5 metres in diameter, is a space for informal meals and gatherings. The island straddles kitchen and living room in feel, being more like a piece of furniture than part of a kitchen.

The design for the apartment took its cues from the building, especially the use of glass and obscure glass – prevalent in the foyer – and views to the Botanic Gardens and adjacent large tree overlooked by the balcony. Elements and materials empathetic to a Boyd aesthetic were also used: the dark green floor, diffuse light, mosaic tiles and an attention to domestic details.

In 2005 we renovated another project by Robin Boyd, Lawrence House and Flats (the house), 1970–71. There, we used the same approach. We are deliberately not dedicated to elements or language that define a moment – mid-century modern, 70s or so on – but rather to the elements that define a spatial quality: the ceiling plane, the window, the light, the material expression. In Lawrence House we designed furniture that would give a sense of vacancy to a large brick wall so that its material blankness was brought forward to strengthen the way the materiality of the room connected with the exterior play of indoor and outdoor rooms (this house has a series of outdoor rooms and unenclosed under crofts that merge with interiors in a sequence of spaces).

This type of design response to a space already designed requires a reading of the sensibility while at the same time giving ourselves license to extend that sensibility. In this way, the design becomes ‘in the lineage of’ rather than ‘in the style of’. Domain Apartment is definitively Baracco+Wright: simple, a little naked, generous (we hope). But it could not have been manifested without the context.

[ii] Park Hill was public housing and Domain Park was a private development. 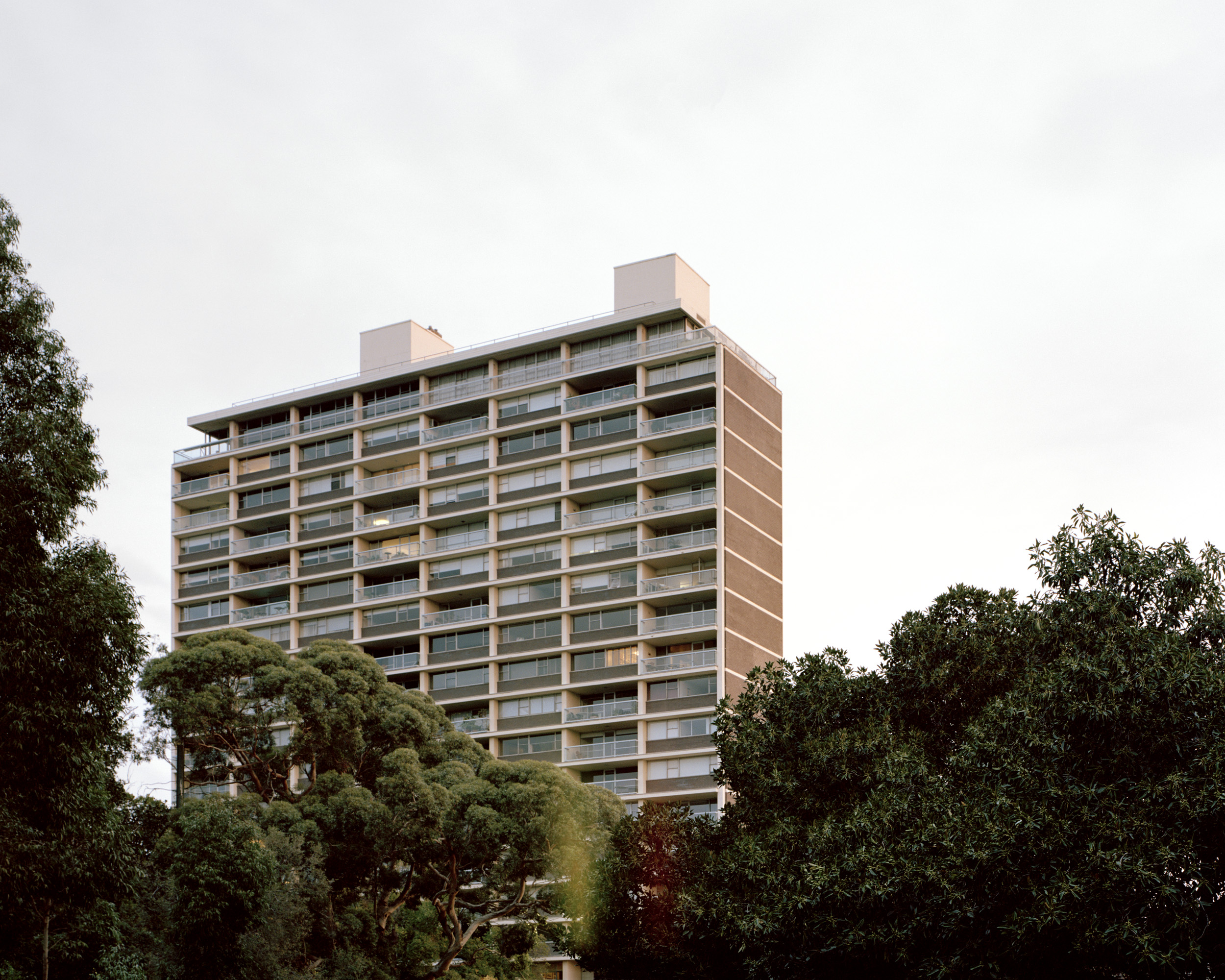 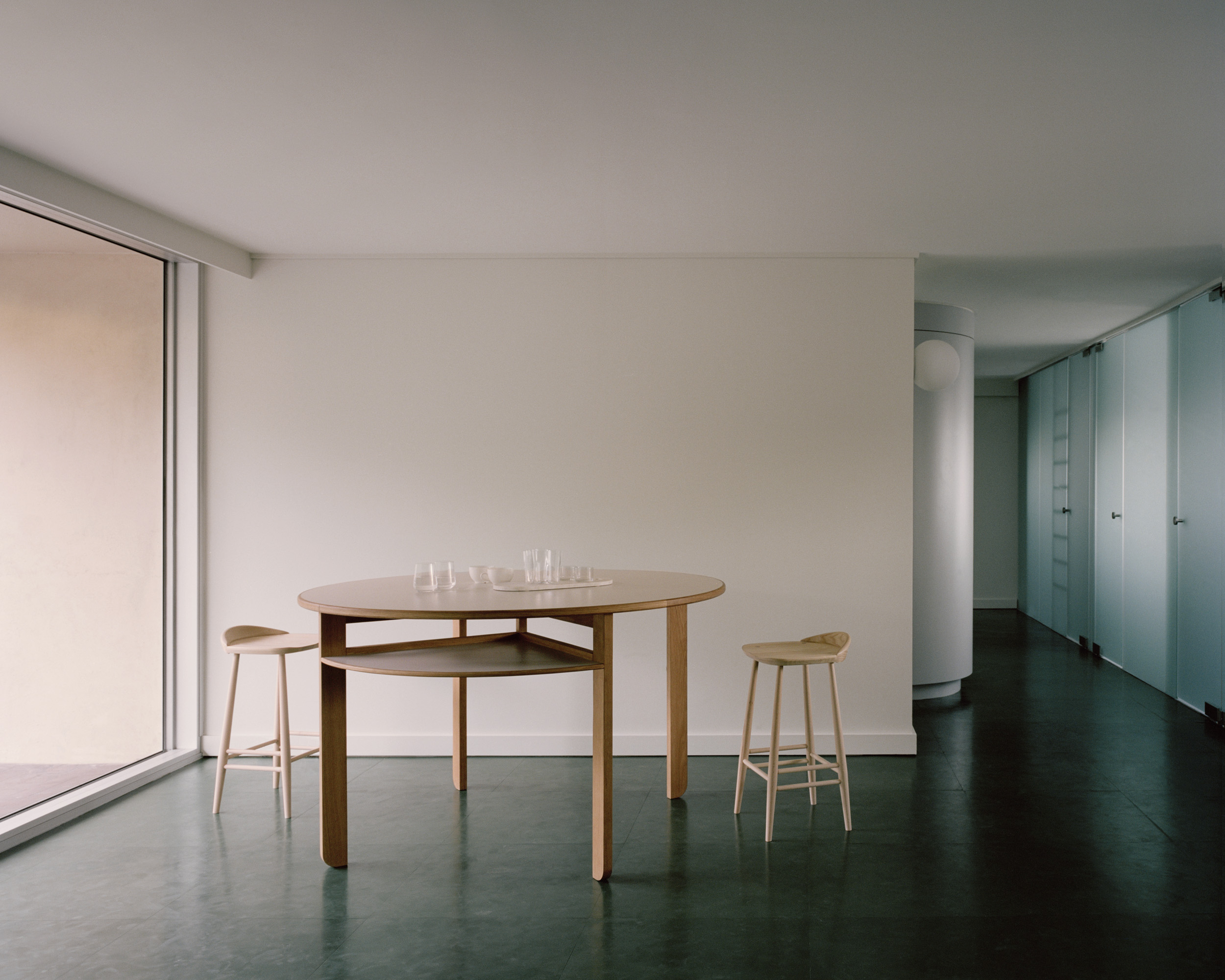 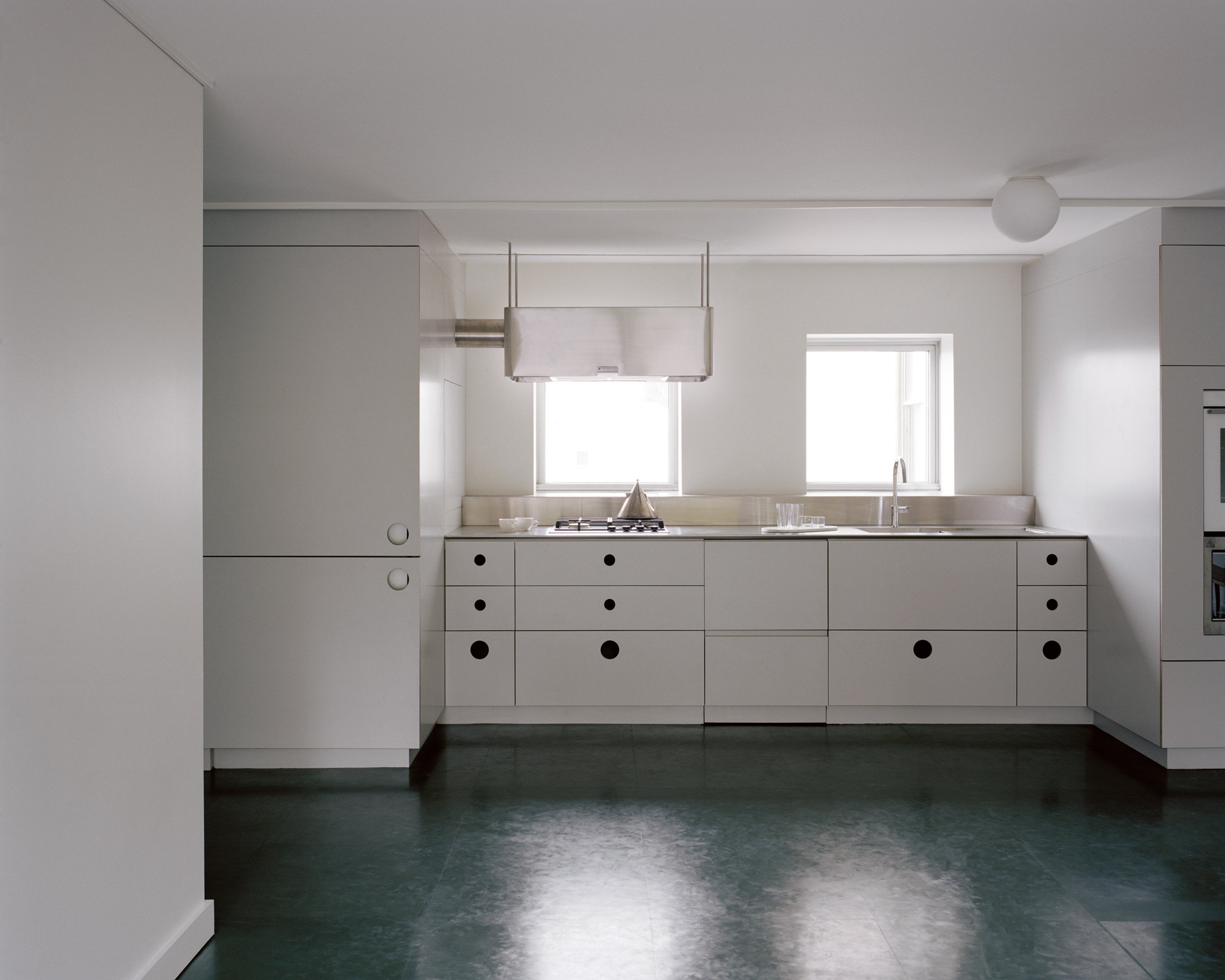 "We are deliberately not dedicated to elements or language that define a moment – mid-century modern, 70s or so on – but rather to the elements that define a spatial quality: the ceiling plane, the window, the light, the material expression." 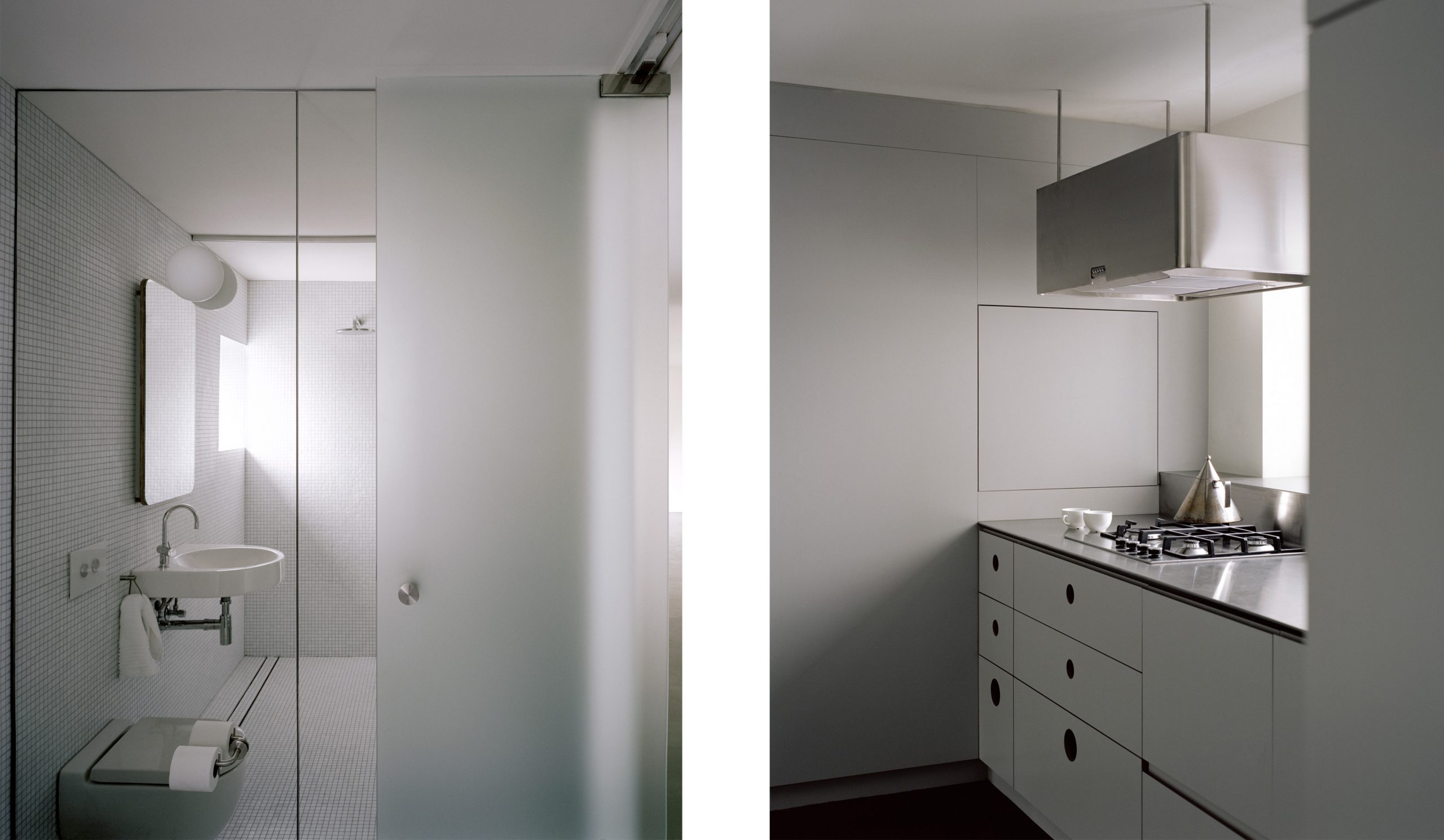 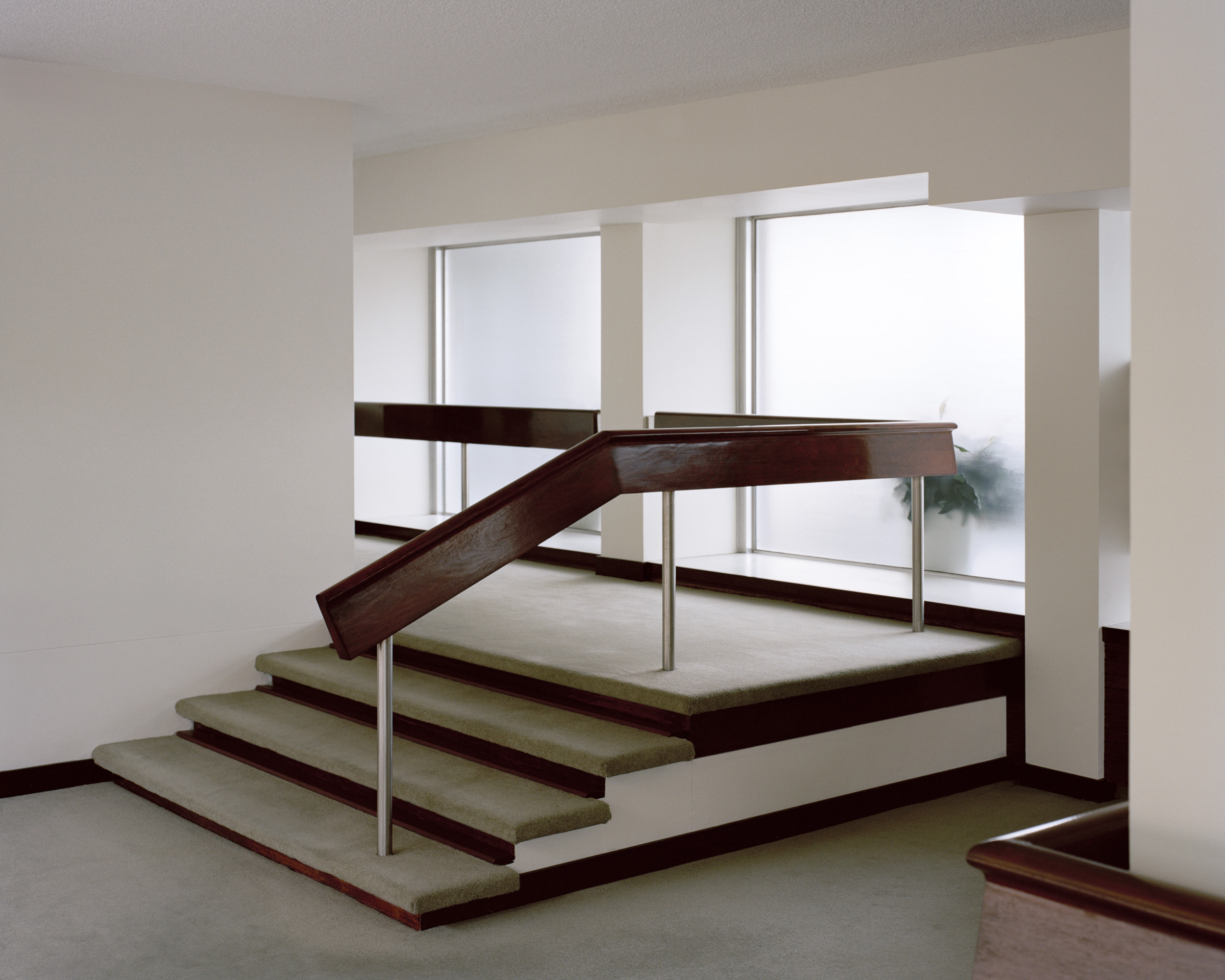